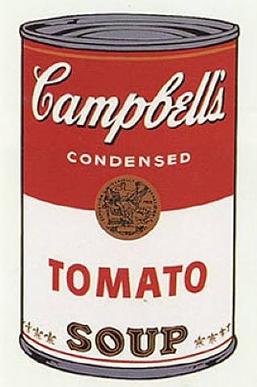 Andy Warhol’s first show in Los Angeles was a disaster.

One or two of his soup cans were sold, but the gallery owner bought them back.

The owner said that he wanted to keep Andy’s work together as a collection.  He was one of the only people that actually liked his art.  He asked Andy how much he wanted for it all.

Andy Warhol wanted a thousand dollars.  These are now worth about a hundred million dollars…

Warhol had a lot of successes in his life and a ton of failure.  I love his philosophy on creating art.  He once said the following:

“Don’t think about making art, just get it done. Let everyone else decide if it’s good or bad, whether they love it or hate it. While they are deciding, make even more art.”

I think this is a wonderful sentiment and one that more people should aspire to live.  We have the ability to keep creating and it doesn’t matter whether people like it or not.  It is our art and our responsibility and our right to keep creating!