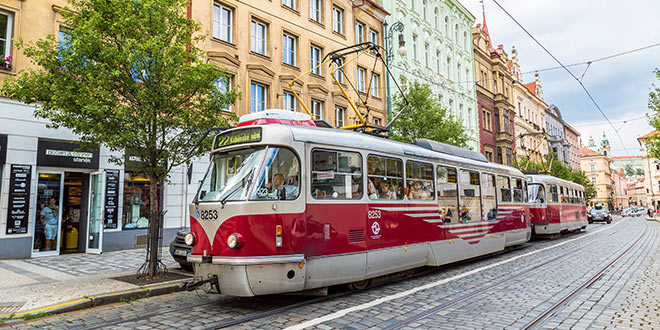 “I stink, therefore I tram.”

I spent some time living in Prague, Czech Republic.  The summers would get really hot and I couldn’t help but notice that the Czechs had a strange aversion to deodorants.  This would become painfully obvious when riding the public trams.  I wasn’t the only person that noticed this, but of course if you generalise and say something along the lines of:

But what happens if it’s true?  All cultures have their own characteristics.  If you go to India and say that Indians behave – generally speaking – in a different way to people in the UK, is that controversial?

I think it’s fairly obvious that human beings get emotion and logic mixed up all the time.  We make bad choices when we’re angry or upset for example.  But I think the problem goes even deeper than this.

I think that we avoid thinking things, because it makes us uncomfortable.

It seems that ideas and thoughts fall under four categories:

Being Wrong & Nice is one of the most dangerous categories of thought.  I have seen people come to real harm as a result of this.

When a patient, for example, is very likely to have cancer should you not just be honest and tell the patient the truth?  Are you doing the patient any real favours by not telling them that they most certainly do have cancer or that their treatment is going to be painful and life altering?

How about if an employee keeps asking for a raise?  Is it fair to just keep leading them on, or is it more appropriate to explain that if said employee doesn’t bring more value to the table that they can just be replaced by someone else who will work for less.

This is where the majority of people spend their time.  This is conventional wisdom.  It is mainstream knowledge, with mainstream thought processes.  No need to rock the boat.

Mean people are douche bags.  No one likes them.  They often have short tempers and don’t think things through.  They often only have one perspective – their own!

Again, from a young age it seems that we’re educated out of being mean.  Because being mean or being a “bully” is bad.

The problem is that it is possible to be both right and “mean”.

When a mother tells a child off, they may be mean, but it will likely lead to a more disciplined person down the line.

When a doctor looks a patient in the eye and says “there’s nothing more we can do”, it’s often mean, but right.

I think that being mean is undervalued by society.  As a result there’s a lot of value to be found in “mean but right” thoughts.

“Tell me something that’s true, that almost nobody agrees with you on”

When Uber had the idea that taxi services were corrupt, worked in cahoots with the government and were opposed to making things better despite their customers suffering, Uber could be called “mean but right”.

It is likely that there are many other successful businesses which could be built in the “right but mean” category of ideas.

But beyond business as well, there are a lot of “right but mean” thoughts which get ignored in the public discourse.  I fear that nowadays it is increasingly becoming more acceptable to be “wrong and nice” rather than “right and mean“.  It seems that society in general is moving down a more emotional, less rational trajectory.