There’s an old business story about a cookie factory owner.

His company was making millions of cookies and was very profitable.  However, his board was always asking for more profits.

One day the cookie factory owner thought of a great idea!  “What if we got rid of 1 of the 13 spices we put in the cookie?  No one will probably realise and our expenses will go down!”.

He tried it out and got rid of one of the ingredients.  None of his customers realised and the boards profits and margins improved!

He went on to have another idea: “Well, no one realised that the cookie now only uses 12 spices.  Why don’t we get rid of another spice?”.

This went on for a while and at some point his cookie sales started to dwindle.  People just weren’t interested any more.  The cookie owner tried to recover, but his brand was permanently tarnished and due to the new way the cookies were being manufactured the business didn’t recover and he went out of business.

Here’s the thing.  Often things change, but really slowly.  Each small increment of change is not noticeable, but at some point when you stand back and observe, you’ll notice that the landscape has drastically changed.

The one thing I can guarantee will never change, is that everything will change.

When things change, new opportunities arise.  But the places where change occurs the most is at “the edges”, not the mainstream.

The mainstream ends up following “the edges”.

I have a confession to make.  I didn’t follow Donald Trump’s election campaign throughout 2016, which lead to his election in 2017.

I remember waking up in the morning when it was announced that he had won.  I didn’t think anything of it, but when I got to work there seemed to be some kind of mass hysteria which had overtaken everyone.  My disinterest has continued since his election and my life hasn’t changed in any way since before he was elected.

I have another confession to make.  I didn’t follow anything to do with Brexit, which resulted in the United Kingdom announcing that they would leave the European Union.  Once again, since Brexit has been announced, my life has not changed in any way.

Now, what I’m not saying is that these two events don’t matter, will never have an impact on me and on others.  But my observation is that both of these events were unpredictable and unexpected.

Election campaigns are like “The Edge” of a given field.

“The Edge”, as I define it is the place where change is rapid, where present data does not correlate with outcomes and where if you play your cards right you can gain massively from disorder by creating and innovating.

The reason why there was and is mass hysteria surrounding Trump’s election and around Brexit is because the mass population is not used to “The Edge”.  The mainstream lives in a world where change is slow, where change makes some kind of sense, where change happens to you.

When things hit the mainstream, the opportunities you get exposed to will be incremental in nature.

When you get to “The Edge”, opportunities aren’t incremental, they aren’t even exponential, they’re of a whole new category.

Think of a couple of the current buzzwords in the medical world at the moment: “automation” and “robotics”.

You’ll get visions of futuristic robots with lasers carrying out the work of surgeons. 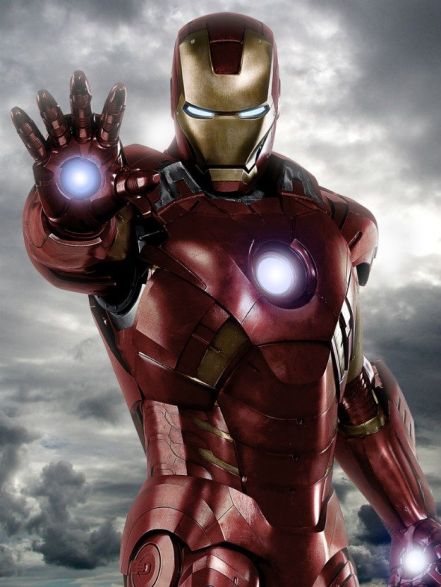 I will use always every opportunity I have to stick in an Iron Man jpg into my blog posts.

To the mainstream surgeons – the typical surgeon working in small general hospitals – robotics and automation seems like several decades away, or it may be that they think robotics will never hit the mainstream.

And this is the point of this essay once again:

The one thing I can guarantee that will never change, is that everything will change.  And when change happens the people who were the main players at “The Edge” win.

“The Edge”, at this time was actually the move to minimally invasive surgery.  This is where you can operate on the heart by creating a tiny incision on a patients thigh and then introducing some instruments into the main blood vessels of the leg.  These instruments are then navigated towards the heart where you can carry out procedures such as angioplasties and valve replacement procedures.

The minimally invasive techniques have a faster recovery rate, are cheaper and increasingly have better outcomes in every respect in comparison to open heart surgery.

Being at “The Edge” at the time when minimally invasive surgery was being developed would have provided all the opportunities that people often look for – it would have allowed the innovators to have their say on how to perform procedures, to pioneer new techniques, to develop new instruments and tools which you could build a new business around etc.

Yes, “The Edge” may sound crazy, it may be exclusive, the odds of a lot of new technologies causing a dent in the world may be random or low, but nonetheless it is still where change occurs and where opportunities live.