Having a choice when starting a business seems to be a massive distraction and one of the major pitfalls a CEO could face.

I find it really interesting that a lot of famous startup incubators tend to give founders around $20,000 to execute their idea.  Some of the most successful startups in the world have become billion dollar businesses with this tiny amount of money.  I say it’s a tiny amount as a lot of people have access to this kind of money if they re-mortgage their house or take out credit card loans etc.  It’s not an unfathomable amount.

There are a number of reasons that this is such a good methodology.  When starting a project you should be aiming to tackle a specific problem.  The strategy should be to solve a problem which is super specific and that you think you can solve much better than any other service out there.  If you really have gone after a small niche then this amount of money should be all that you need to test your hypothesis*.

The other reason having limited funds is a good thing is because it limits your options.

History seems to be littered with examples of the underdog gaining the upper hand and beating organisations that were much better equipped.  A great example of this was how the Wright brothers ended up as the first people who invented, created and flew an aeroplane.  They were up against stiff competition.  The favourite to win the aviation race at the time was Samuel Langley, the secretary of the Smithsonian Institution, who had an enormous government grant, loads of experience and all the latest research at his fingertips.  The Wright brothers on the other hand only had their passion and the small profits that they were making from their bicycle shop. 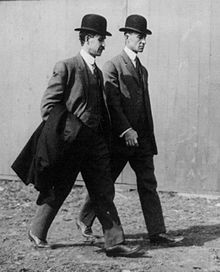 Being pushed into a corner, having limited options and having bags of passion makes you nearly indestructible.  People do not seem to appreciate that being poor, young and unknown are some of the most powerful tools you can have in business.  If you have loads of resources, loads of money and loads of backing then the pressure is on  You can’t take those brave risks in fear of ridicule from your peers.  If you’re the underdog on the other hand then you can do whatever it takes to win.

However, having any form of success results in more options.  This can be a disaster for early startups because of precisely the above reasons.  You lose focus on what’s important, you end up expanding into areas that really is none of your business, you don’t do what’s lucrative and right but follow your own interests because it’s easy, you become lazy and arrogant as you think you’ve already won…..the list is endless.

Choice is a danger.  The more successful you are the more choice you have and the easier it is to go off the tracks.